Amsterdam-based singer and vocal performer Nora Fischer is renowned for her adventurous approach to live performance and her creative and genre-defying collaborations. Originally trained as a classical singer, she developed a strong interest in the many other music genres and art forms around her. She learned to use her voice in a wide range of techniques at the Complete Vocal Institute in Copenhagen, nourished her hungry brains by studying Philosophy and Musicology at the University of Amsterdam, and learned to channel her creative performance ideas at the Music Master for New Audiences and Innovative Practices at the Royal Conservatoire in The Hague. Her very first solo performance, in which she cooked for her audience to create an intimate feeling of coming together, was the starting point of a rich career in which she passionately kept searching for ways of overcoming differences and bringing opposite worlds together. She is most comfortable right at the sweet spot where different music genres and performing arts join forces and forget that they once had strict boundaries. Her “affinity with experimental classical styles and sharp dramatic instincts” (New York Times) have led to close collaborations with composers, ensembles and theatre/dance/mime directors such as Louis Andriessen, Simon McBurney and Yo-Yo Ma’s Silkroad Ensemble, and to solo performances at prestigious venues such as the Walt Disney Concert Hall in Los Angeles, the Lincoln Center in New York and the Philharmonie de Paris. But she also found her way to pop and theatre audiences at Lowlands Pop Festival, WOMADelaide and a mysterious forest at the Oerol Theatre Festival.

Nora is driven by the strong belief that her audience can take more than the comfort zones they are generally given credit for, as long as it’s brought to them in exciting and accessible ways. She brought contemporary music to pop festivals and pop influences to classical venues, always searching for that which connects and is universal. Her award-winning debut album HUSH, which appeared on Deutsche Grammophon in 2018, brought 17th-century music into the singer-songwriter realm, and was received with open arms at squat houses, roof terraces, pop temples, theatre festivals and classical concert halls from Amsterdam to New York – and was hummed along by toddlers as well as 90+ year old’s who joyfully re-discovered their favourite music.

Click here for an article about Nora in the New York Times, or here for an interview with Nora in The Guardian.

Please note: Nora is currently more active off-stage than on-stage, focusing on things like writing, curating, mentoring, thinktank-ing and acting. She can also be found a lot in Splendor Amsterdam, as an active part of the collective keeping this independent art hub vibrant and flourishing. She occasionally finds her way to the stage through several collaborations, either as a vocal performer, musical or non-musical storyteller, or by playing the bass or keys in the back corner.

Nora Fischer is a revelation

Mesmerisingly fluid yet pin-sharp precise, a creature of the smoky jazz club and concert hall

Nora is currently more active off-stage than on-stage, focusing on things like writing, curating, mentoring, thinktank-ing and acting. She can also be found a lot in Splendor Amsterdam, as an active part of the collective keeping this independent art hub vibrant and flourishing. She occasionally finds her way to the stage through several collaborations, either as a vocal performer, musical or non-musical storyteller, or by playing the bass or keys in the back corner.
all day

The Secret Diary of Nora Plain

Here Is My Arm

from: The Secret Diary of Nora Plain•watch full episode here 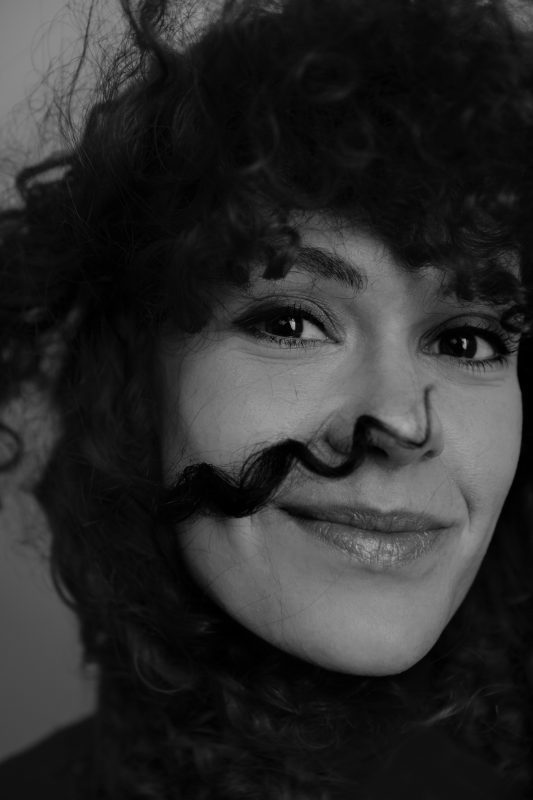 'The Only One' by Louis Andriessen with the BBC SO at the BBC Proms. Credits photo: Chris Christodoulou

Composed by the amazing Argentinian composer Osvaldo Golijov, Ayre is a breathtaking ode to various styles of folk music ranging from Sephardic tunes to Eastern European music and Christian Arab traditions. It is both a celebration of worldwide sound colours, and an attempt at building bridges between painfully separated and opposed cultures. Ayre was recorded live at TivoliVredenburg, Utrecht, in collaboration with the wonderful Asko|Schönberg Ensemble.

Ayre is a digital-only release and not available on CD. Click on the links below to listen to the album.

Working alongside celebrated guitarist Marnix Dorrestein, one of Nora’s long awaited dreams finally became reality: the redefinition of early music songs. 17th Century composers such as Monteverdi, Purcell and Dowland have provided songs with an incredible beauty that are extremely close to the pop music of today, only with a performance practice that is usually far away from the ears of this generation. With this project, Nora & Marnix place these songs in our time. Stripped of mannerisms, sung in a lower key and performed in the purest version: simple, timeless and intensely beautiful. Sometimes groovy and soulful, sometimes silent and soul piercing. Approached with the creativity of songwriters in the 21st century.

Click here for some videos of the HUSH album release in Paradiso Amsterdam.

Download the booklet for more information on the album.

“This is the most remarkable disc of the year (…) with HUSH, nothing is usual…the result swings back and forth between uplifting and touching – always fresh and playful and above all, extremely musical.”
(Het Parool)

“A restrained electric guitar and a phenomenally beautiful female voice; on Hush, those two ingredients turn out to be enough to show how beautiful these songs are.”
(Luister Music Magazine)

Especially for the 2018 record store campaign of Deutsche Grammophon NL, Nora recorded the mini-album FOLK. This disc is all about the meeting point of ever-inspiring folk music and the multi-layered vocabulary of classical music. Composers such as Ravel and Bartók have been inspired by various folk music traditions, and have combined them with their own vocabulary as ingenious composers. The combination of these simple, pure and beautiful melodies, with many added layers of compositional qualities, amounts to wonderful new crossroads of two worlds that appeared to be so far from one another. When these two worlds meet, it is a playground of possibilities for vocal expression, giving way to the playful, the vulnerable, the intensely intimate or ecstatic joy.

FOLK was released as a record store campaign and is not for sale. It was released digitally on 25 January 2019.

Please click on the booklet for more information on the music, and click on the links below to hear the album online.

The Secret Diary of Nora Plain

Together with composer Morris Kliphuis (Kapok Jazz Trio, Kytopia), text writer Lucky Fonz III, the Ragazze String Quartet and drummer Remco Menting (Kapok), Nora has created a new genre-defying project. The Secret Diary of Nora Plain – darting between the borders of pop, jazz and classical – tells the story of the young Nora Plain, trying to live as an individual in the increasingly monitored society of today. Through her diary entrances, we hear her struggles with the watching eyes all around her that try to penetrate her personal space more and more.

The Secret Diary of Nora Plain is an intimate, personal and unsettling song cycle about the relationship between society, privacy, and paranoia. Created by writers and performers from classical, jazz, pop & folk backgrounds, defying all musical boundaries.

For the single Rat In My Room: click here

Silkroad Ensemble: Falling Out Of Time

label • In A Circle Records

Falling Out Of Time is a breathtaking new work by composer Osvaldo Golijov, written for the Silkroad Ensemble. Based on award-winning Israeli author David Grossman’s hauntingly beautiful book Falling Out Of Time, this piece explores the unspeakable emotion of grief. Part play, part poem, part fable, the book describes a journey “out of time” as parents grieve the death of their child, a quest to comprehend a loss with no name.

“Golijov says to have wanted to express the ‘scream’ out of which Grossman’s book evolved, and this has been achieved in a staggering way.”
(NRC)

Louis Andriessen: The Only One

Following several exciting collaborations on theatrical and concert pieces, the world-renowned composer Louis Andriessen (1939-2021) wrote one of his last pieces for Nora and the Los Angeles Philharmonic. The song cycle The Only One premiered in May 2019 at the Walt Disney Concert Hall under conductor Esa-Pekka Salonen. Set to intense and unsettling texts by the Flemish poet Delphine Lecompte, this piece is a whirlwind of inner voices: tender, flamboyant and malevolent.

Andriessen has long been known for working with jazz / pop singers for his compositions, with view to radically shifting the traditional singing style in contemporary classical music. It made him the perfect composer for Nora – in Andriessen’s words, he wanted ‘everything Nora can do to be included in this new piece’!

The album was released in March 2021 by Nonesuch Records, and is currently nominated for a GRAMMY award. Click here for more info.

Initiated by saxophone player Ties Mellema, Nora has featured in a project based on the work of rock musician Beck Hansen. Beck released an album called Song Reader consisting only of sheet music instead of his own recordings, inviting people to interpret the music in their very own way. Ties and Nora have taken the challenge to create whole new versions of Beck’s songs. Thanks to the craftmanship of brilliant composers such as Ian Wilson, Morris Kliphuis, Konrad Koselleck, Rob Horsting, Tini Thomsen and Maarten Ornstein, the variety is huge and the result is a bizarre mix of styles and sounds…

The live album was released in September 2014. Click on the links below to listen to the songs.

Stelle Lucenti is a collaboration with early music ensemble La Sfera Armoniosa and the amazing singer Claron McFadden, and presents some of the most beautiful compositions by 16th and 17th century composers such as Monteverdi, Luzzaschi and Kapsberger. Claron and Nora have been singing these duets together for years, letting their voices swim and fly around each other’s in these magical pieces of music. They were delighted to record a few of these songs with the wonderful theorbist Mike Fentross and his ensemble La Sfera Armoniosa.

with • Iván Fischer & musicians from the Budapest Festival Orchestra

Nora’s musical career usually doesn’t mix with her father’s (conductor Iván Fischer). But as he started composing his own works, their musical worlds crossed paths and Nora started singing his compositions. It grew into a very special collaboration, and resulted in Iván Fischer’s first composition CD. The style is eclectic: a result of many different musical inspirations finding their way into a collage-like composition style.

“(…) In these excellent performances soprano Nora Fischer is a revelation, both versatile and virtuosic, meshing beautifully with the instrumentalists (…)”
(BBC Music Magazine)

“(…) Fischer’s daughter Nora is a focused, fluid soprano soloist in the latter and in some tiny Spinoza settings, and is haunting in the Yiddish mourning song A Nay Kleyd.”
(The Guardian)

“Nora is phenomenal in her fathers cantata. She is a vocal artist, singer and actress in one.”
Luister awarded a 10 out of 10 to the CD!
(Luister Music Magazine)